The goal of NFV is to transform the way that network operators architect networks by evolving standard IT virtualization technology to consolidate many network equipment types on to industry standard high-volume servers, switches and storage, which could be located in the data center, in the network or at end-customer premises.  NFV replaces traditional, custom-designed network equipment (black boxes) that continues to dominate the installed base of networks.

Software defined networking (SDN) is typically defined as the separation of the forwarding and control planes in a network element.  It provides improved control/management as well as network programmability.  SDN is distinct from NFV – but many NFV deployments may use SDN controllers as part of the overall NFV architecture.

NFV is network component virtualization and SDN is network architecture that puts automation and programmability into the network by decoupling network control and forward functions. When NFV virtualizes all the infrastructure in a network, SDN centralizes the network’s control, creating a network that uses software to construct, control and manage it. 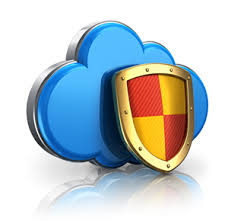 vFirewall is a virtualized next generation firewall that can detect and mitigate modern day threats. These include threats like DoS/DDoS, trojan, botnets, SYN/UDP/ICMP flood attacks, port map or port scan attacks, web/SQL attacks etc … vFirewall can do both Intrusion Prevention and Intrusion Detection in all types of deployments which can be virtualized, bare metal or public/private cloud.

Mro-Tek Virtual Firewall Framework is a reusable high performance DPDK optimized security solution developed to run on Intel x86 based platforms that can be used  as Virtual CPE (vCPE), Firewall or IDS/IPS solutions for partners and . Software and hardware architecture of our Virtual Firewall Framework delivers up to 2x performance over traditional appliances based Firewalls. Virtual Firewall forms an integral part of our vCPE solution with the addition of Firewall, IDS/IPS and QoS services. The framework offers an optimized and balanced combination of Access Control Lists (ACL), Stateful Firewall, Intrusion Detection/Prevention . Mro-Tek vFirewall Framework is able to deliver industry leading performance by using innovative techniques such as Receive side scaling, hyper threading, SIMD instructions, and by keeping the signature database small enough to fit in to the processor cache thereby avoiding memory calls during runtime packet processing.

Deploy on Your Virtual Machine

Do you have a virtual machine (VM) environment? Most Barracuda products are available in software form as virtual appliances ready to be downloaded and installed into your VM server. We support a variety of hypervisors including:
- VMware
- Microsoft Hyper-V
- Citrix Xen
- Oracle VirtualBox
- KVM

NFV is applicable across a wide range of network functions, including fixed and mobile networks.  Some leading NFV applications include: